Barcelona, November 2, 2021.- The prestigious Forbes magazine has published an analysis on blockchain technology and its competitive advantages for Public Administrations. We have to ask ourselves how they will adopt this technology, not when …

OECD research, however, shows little breakthrough in blockchain innovation in government and minimal impact in the public sector – the technology is often described as a solution in search of a problem. While the technology is rapidly maturing, we are starting to see governments take an interest in blockchain and distributed ledger technology (DLT) in areas such as tax, standards and certification, digital identity, and data privacy.

For governments, assessing blockchain’s disruptive potential is both a practical challenge and a philosophical one. The raison d’etre of many public institutions is the provision of public goods, and the underwriting of rights and the social contract – functions that blockchain’s pioneers sought to replace with cryptography, networks, and protocols. Whether this technology will be used to displace or complement traditional governance models is an open question, as is its ability to deliver such transformation.

This year’s opening discussion at the OECD’s 4th Annual Blockchain Policy Forum addressed several the main opportunities and challenges at the intersection of technology and governance to disentangle blockchain’s promise from reality and explored the extent to which the technology can and should be guided by governments towards better models of social and economic connection.

“In global trade, the leaders in blockchain technologies are the Indo-Pacific based governments like China and Singapore. Trade is the lifeblood of this region which is considered the global trading hub. China and Singapore have been early to understand the benefits of the blockchain for supply chain management, not just for the provenance and tracking of goods, but for tax, customs, and digital rights.

“Blockchain has dramatically scaled the 14th century Venetian innovation of the double-ledger into a theoretically infinite multidimensional ledger which is public, open, transparent, and immutable, and secures access using cryptography. It’s like another layer of the Internet, with greater resilience against cybercrime, and integrates multiple stakeholders in much better management of the economy,” says Alex Sandy Pentland, MIT professor and director of MIT Connection Science.

In a world with geo-political turbulence and trade headwinds, digital leadership in sectors like central bank digital currencies and supply chains using new digital technologies really matter – welcome to the digital space race. The intellectual property, technologies, and standards in blockchain are now being used to gain a global foothold in trade. Importantly, this is helping to drive rapid adoption with low friction use cases and easy to access services.

Blockchain is helping counties that are early movers and leaders in this space to position themselves to generate decades of industrial, societal, and economic growth.

“Governments need to learn how to adopt and adapt to polycentric governance models to better engage the broad range of actors and stakeholders required to compete in the digital world without having to create new overarching bureaucratic institutions,” says Primavera De Filippi, permanent researcher at the National Center of Scientific Research in Paris (CNRS) and faculty associate at the Berkman Klein Center for Internet & Society at Harvard University.

Most of the blockchain DLT technologies are developed in open source with large pools of developers participating by voting through digital protocol governance models which extend in many protocols to other entities becoming governance nodes. This is akin to a large mutual society and is risk adjusted both by the volume of experienced participants and stakeholders and its polycentric nature.

“There are two big benefits for governments building out their programs on the blockchain; the first is COLLABORATION – governments can attract a larger and more diverse range of stakeholders to build out and adopt the digital infrastructure for trade, tax, identity, financial services, etc., and use the power of the crowd – this is markedly different to large enterprise software projects which have significant concentration risks including the number of commercial stakeholders that can engage. The second is CERTIFICATION – governments can move away from using “sticks” by offering “carrots” to stakeholders that exhibit measurable compliant behaviors – this could dramatically change the way we look at regulation and compliance.

“This is all achievable through smart contracts on the blockchain and can be accomplished now without new contract law if we adopt “functional equivalence” for smart contracts, just as we adopted it moving from paper to electronic contracts. The only big decision that governments need to make upfront is whether to use public or private blockchains, or a mix, and this decision merits significant consideration of the specific use case,” says De Filippi.

Adds Pentland, “there is a great transfer of “soft power” taking place with blockchain technologies, and when it comes to trade, it is Indo-Pacific led. It is important as the systems grow that they focus on a level of interoperability with each other through standards, to ultimately deliver the benefits that distributed ledger technologies offer – multi-dimensional participation. If countries seek to go down the “walled garden” route, interoperability will go down the drain and the global trade system will be open to further arbitrage opportunities by those that seek to exploit this situation.”

Governments and industry must recognize that blockchain is now mature, here to stay, and ready to use, today. The technology is more than a decade old and the underlying technologies of distributed databases, cryptography, and peer to peer networking have been with us since the dawn of computing.

Software developers are delivering blockchain use cases to market quicker than most industries, governments, and regulators can keep up with – that is the power of the polycentric networked crowd. There is more innovation going on outside your four walls than inside, and you need to know how to plug into it.

As is often the case, it is the systematic factors coupled with institutional bias that are barriers to governments and managers understanding how and when to mobilize new innovative technologies and methods for society, and in many instances, few are really incentivized to make it happen.

The blockchain revolution provides “the platform” to engage large numbers and dimensions of stakeholders in the economy through shared mutual governance – the major incentive is already there, it is baked into the governance model – greater and more efficient economic participation in the economy.

Governments would be wise to be serious about prioritizing the digital space race. If the revolution is tokenized, it will be because large public blockchain consensus protocols are tokenizing it, and large swathes of global business and consumers are using it. 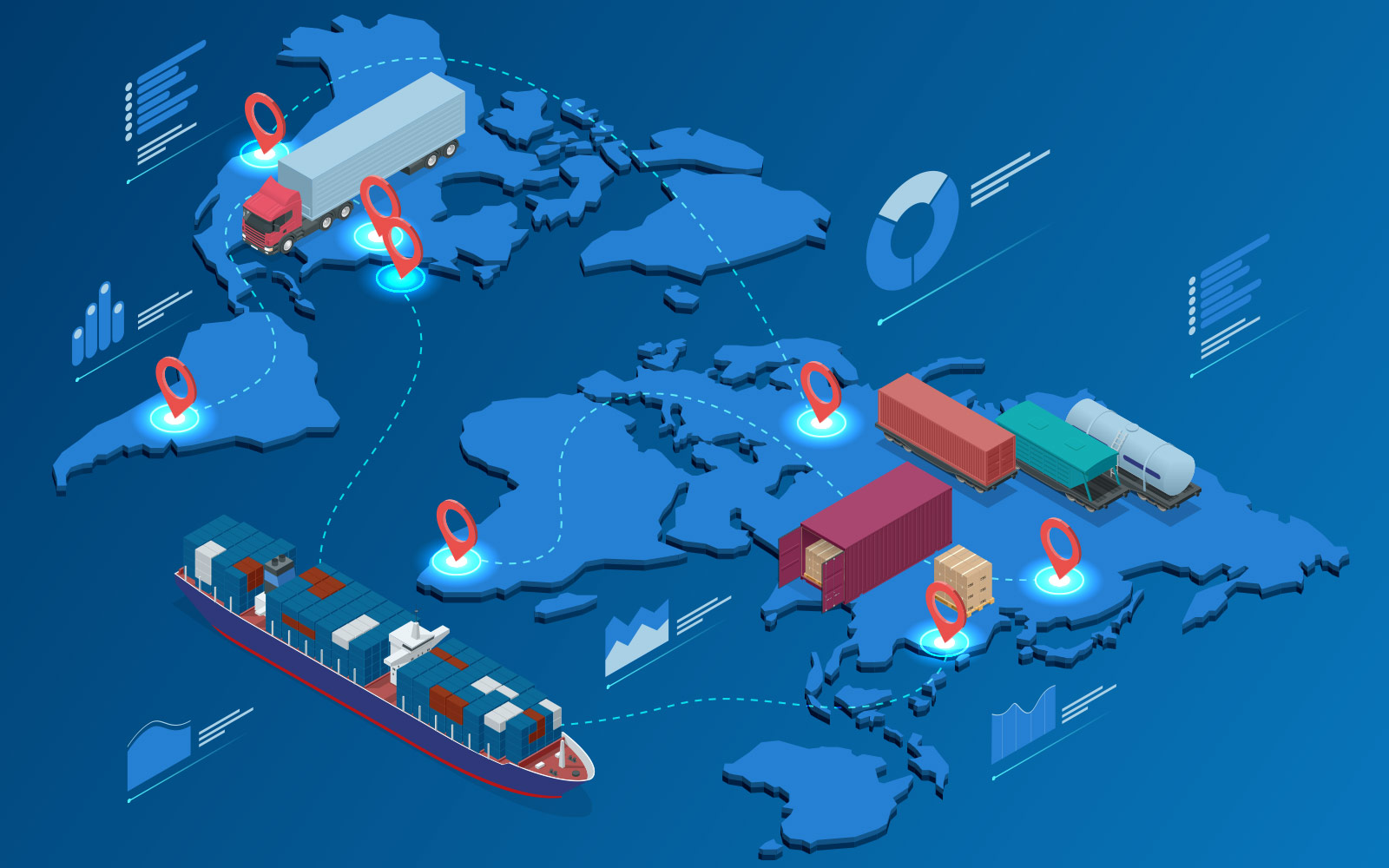 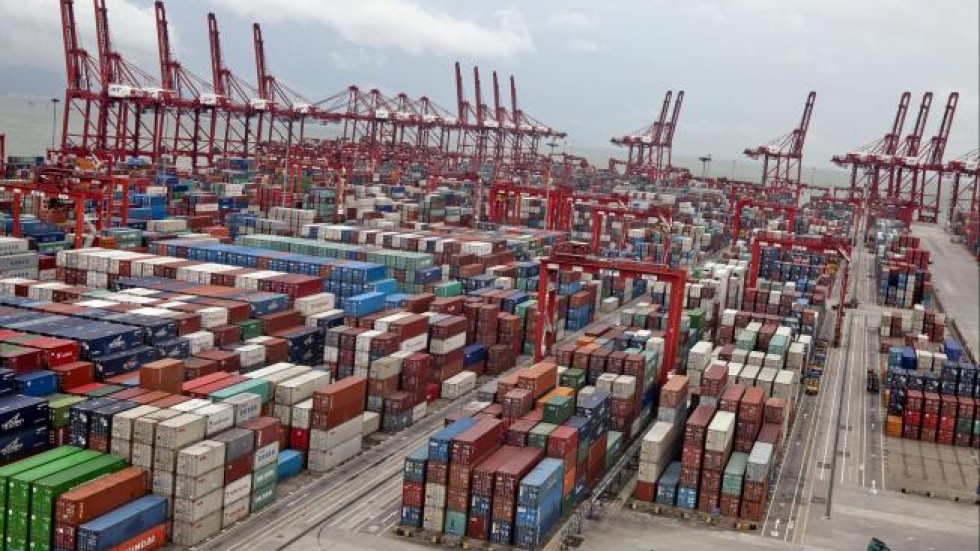 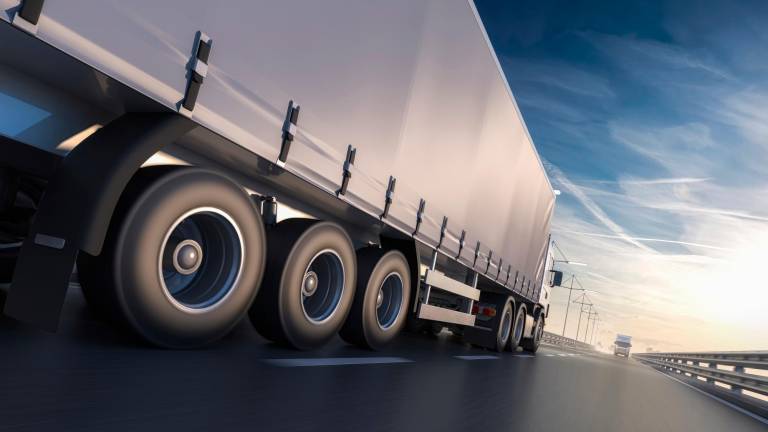 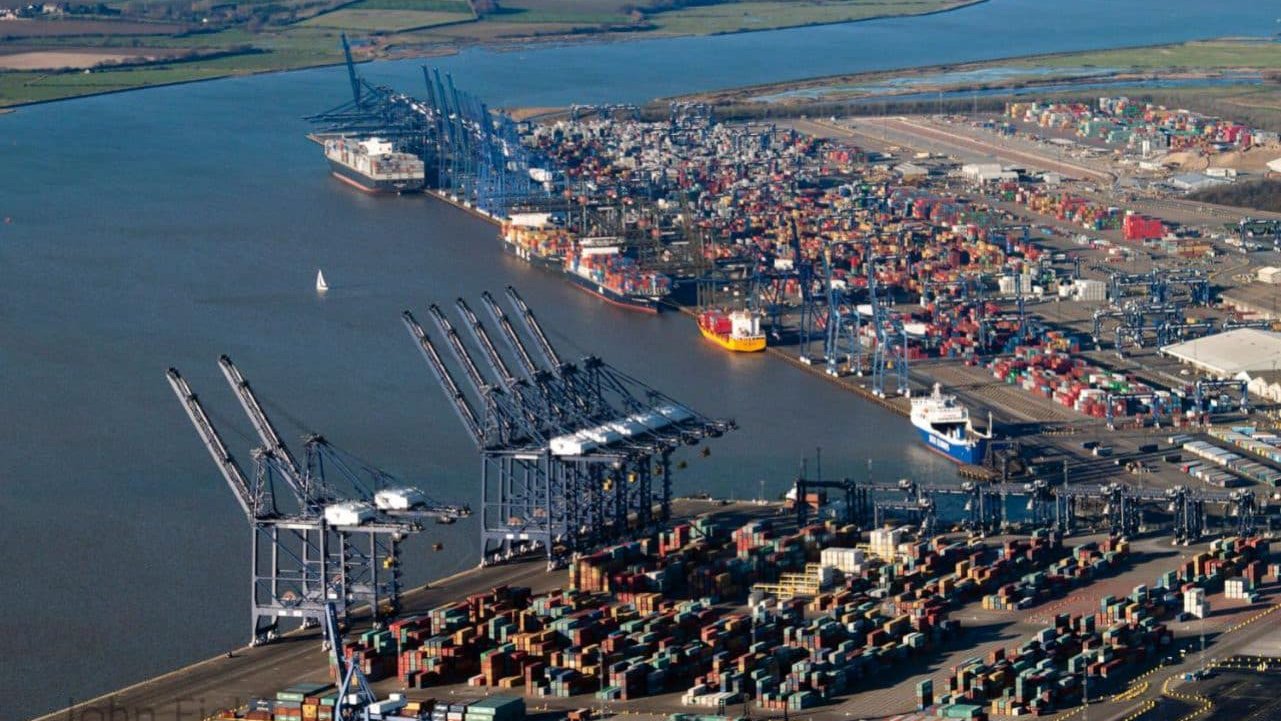 The Biden Administration points to maritime transport to contain inflation 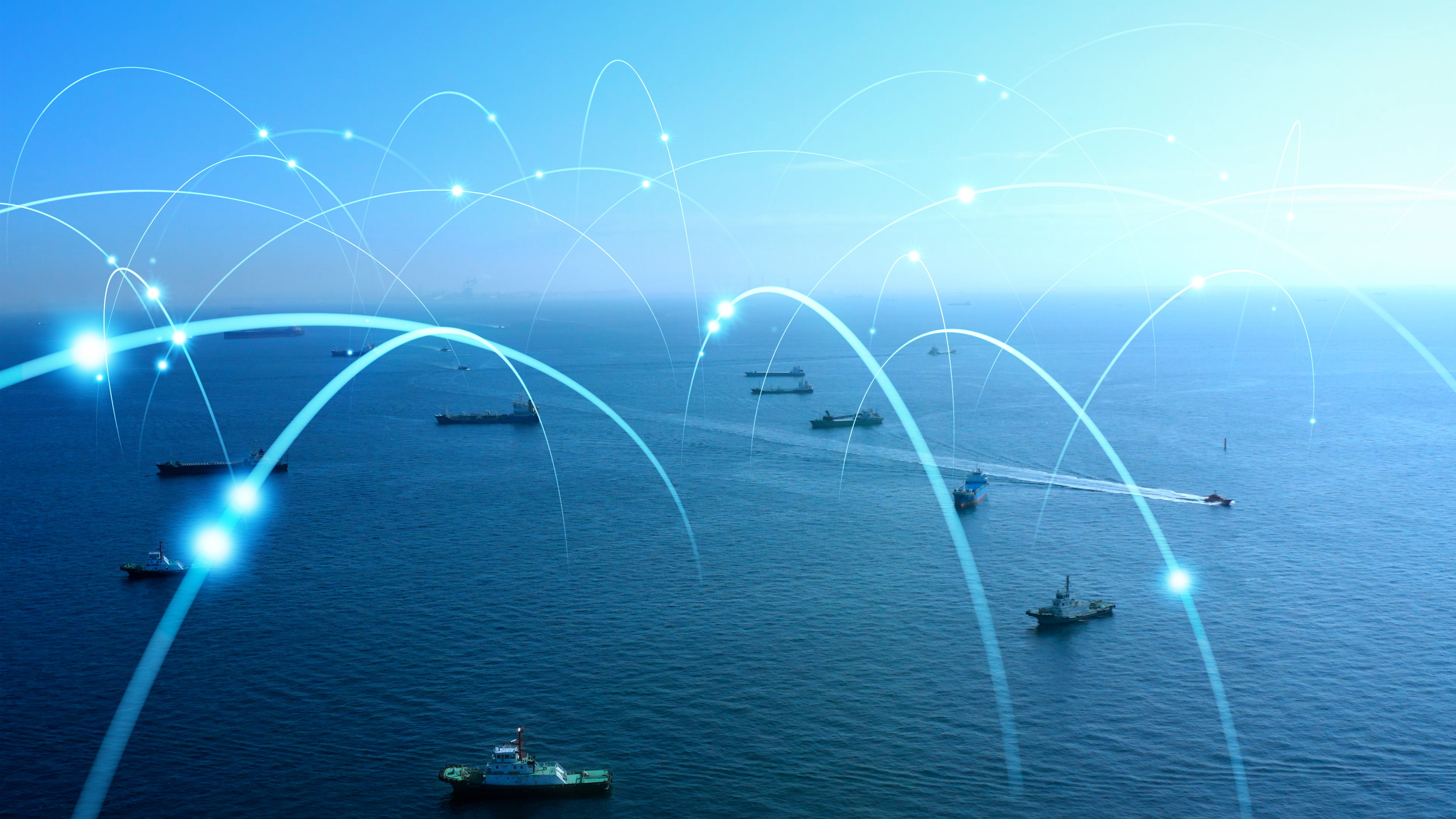 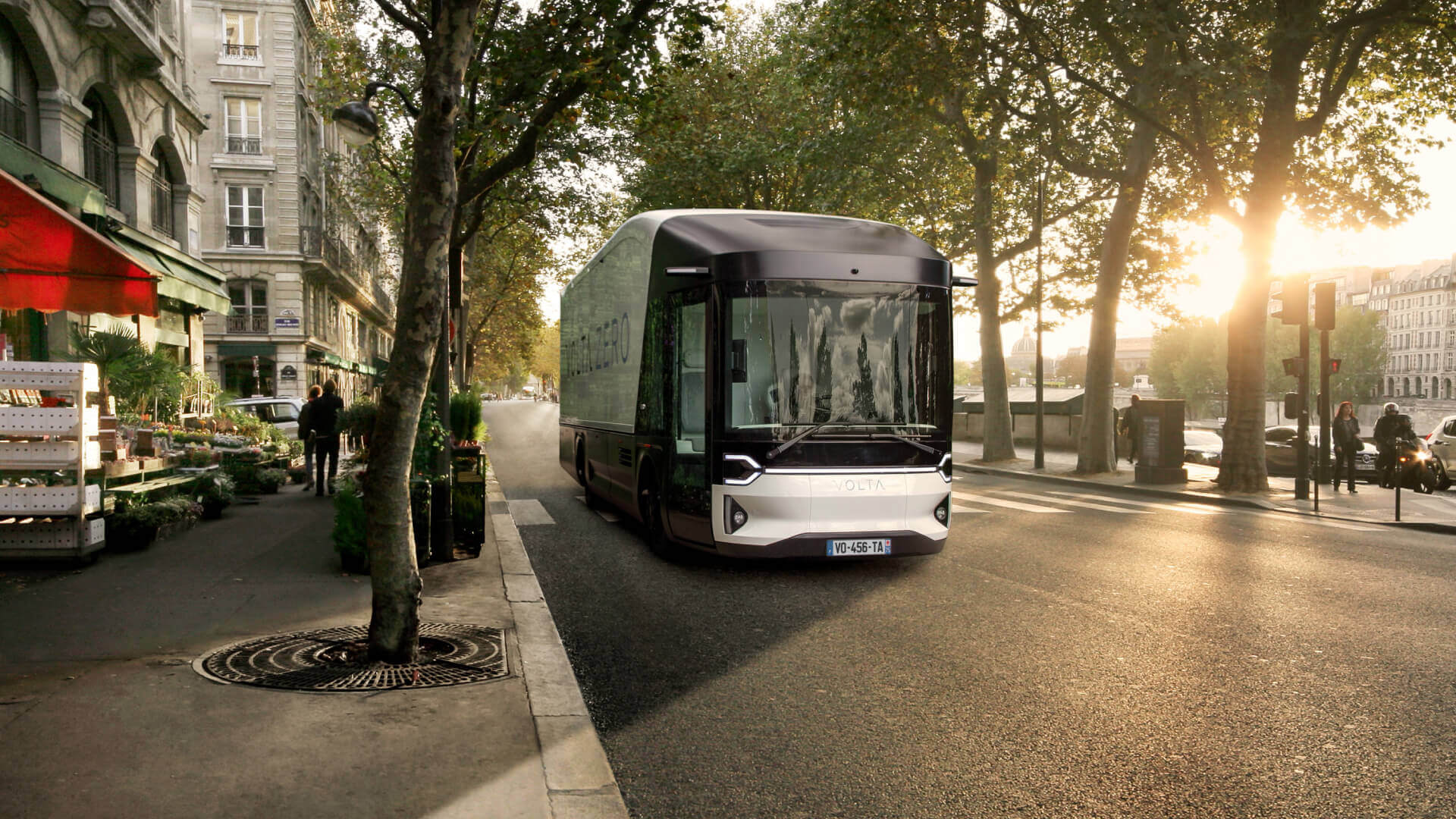 What can cause a Supply Chain to fail?